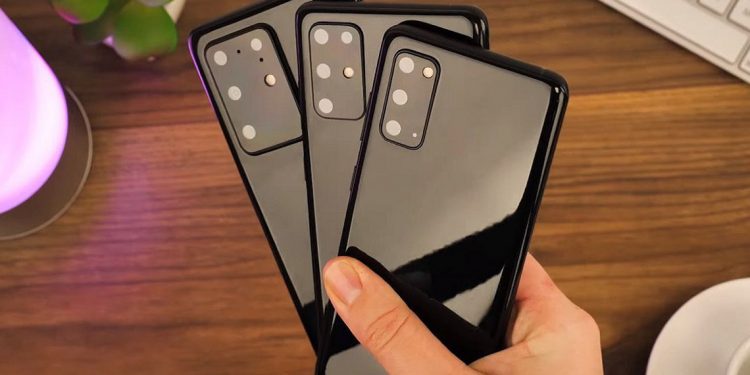 If there is something in the world of hi-tech that evolves quicker than anything else, it is a smart phone, a device carrying more computational power than a mid range laptop a decade ago. What will the year 2020 bring to us in terms of new phones? Should we be excited?

We have to start with the flagship model from Samsung. Galaxy S11 is expected to hit store shelves in the first half of 2020. The S11+ version will be quite a large feature 5 cameras and a 5000mAh battery. S11 will be slightly smaller. S11e is a compact version that has a relatively small screen and 3 cameras. The periscope multiangle camera seems to be the core feature as well as the support of 5G. The price will be somewhere around $1000.

Initial testing of the device was not glorious as expected by the manufacturers. However, the company is still banking on this device to make a lot of commotion in the world of hi-tech. The biggest detriment of the device (as muttered by tech enthusiasts) is its high price of $2000. The first foldable phone was tested by the public in the third quarter of 2019. We are expecting a new model in the first half of 2020.

When discussing smartphones, one simple cannot escape talking about iPhones. While many criticize the company for its “unnecessary” innovations, they quickly become staples of the industry. The next device in their lineup seems to be less innovative. The 9th iteration will look mostly like iPhone 8, it will have an LCD screen and feature a budget version that will cost about $350. When have you last seen a “cheap” iPhone?

One of the biggest new names in the industry keeps pushing their high-end products. The P-series is aimed at photographers who want to have a decent device capable of capturing high-quality images. The P40 will most likely carry on delivering on all fronts in regards to taking photos (5x periscopic cameras, night time, stabilization, etc.) while also featuring a much faster processor and supporting 5G.

The return of the “prince”? Moto Razr is a new foldable phone that will be priced at a whooping $1500 which is quite a lot for a phone that is slower than some of its competitors and offers little to compensate for its diminished performance. However, if you like stylish devices with neat gimmicks, it might be just what you need!

The brand positions itself as the killer of flagships. However, it’s never managed to take down true monsters of the industry while delivering good phones that millions enjoy. The next model will feature a great camera that should be as good or better compared to flagships of Samsung and iPhone. The OnePlus 8 is expected to have a price of $700 which is modest.

LG is a company that somewhat lost its way in the wake of the new age of smartphones. However, it has seen some success in the market and produced a couple of cool yet underrated phones like G8. G9 will support 5G and feature a wide camera as well as some other neat yet standard features. The company also promised to increase the battery capacity. The price of the device is not too high (about $800).

Another company that managed to lose its strong positions in the market over the course of the last decade is Sony with its seeming inability to produce groundbreaking phones. Sony Xperia wasn’t bad, but it failed to one-up any of the flagships from Samsung or iPhone. Xperia2 wants to finally do it by having a 21:9 aspect ratio screen and a nasty Snapdragon 865 processor. It is a narrow yet long phone that may be less comfortable compared to its competitors. Time will tell.

It is hard to avoid discussing something from this company when talking about smartphones. Xiaomi managed to deliver interesting models that are priced fairly and have neat QOL features that many people praised. The phone will support 5G and offer iPhone and Samsung some competition in terms of camera quality. The price is also quite attractive. It is expected to have a price tag with $5500 — $600 and up to $1000 for high-end models.

The New Handset from Apple Is iPhone9?