The Top Low-Cost Tablets Under $200 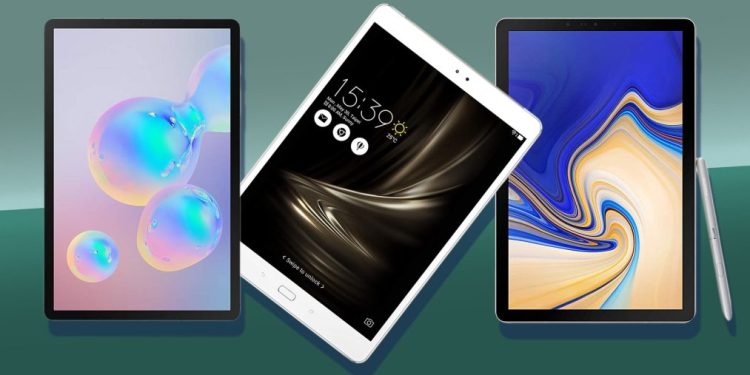 Even now, with tablets increasingly performing laptop features, these gadgets are frequently seen as luxury purchases. This is because their expanded functionality and larger screens are frequently coupled by greater pricing. There are plenty of low-cost alternatives available, and if you’re prepared to compromise, you can easily get a decent tablet for $200 or less.

Cheap tablets have gotten better over time as their prices have decreased and large smartphones have begun to bite into the tablet market. The list will contain the Android operating system and its derivatives. If on a budget, here’re the best cheap tablets that cost $200 or less.

Why should you buy it? This is the latest improved Amazon Fire HD 10 tablet that incorporates all of the primary features of the previous generation and more, and it is widely regarded as the greatest tablet in its price range.

What is it for? Anyone looking for a strong but low-cost tablet for calling, texting, video chatting, or watching movies.

Why did we choose the Amazon Fire HD 10? Amazon has redesigned its popular Fire HD 10, allowing you to access your favorite apps such as Netflix, Facebook, Hulu, Instagram, TikTok, and more via Amazon’s Appstore — Google Play is not supported. The 2021 edition is slimmer and lighter than the previous model, with a screen made of reinforced aluminosilicate glass. It has a faster, more powerful octa-core processor and 3GB of RAM, which is 50% more RAM than the previous generation, as well as a brighter 10.1-inch 1080p full HD display with over 2 million pixels. With a battery life of 12 hours, a split-screen mode may display two suitable apps open side by side for multitasking.

The gadget comes with 32GB or 64GB of internal storage with the ability to expand storage up to 1TB. Use Zoom, Microsoft Office, OneNote, and Dropbox productivity tools, or ask Alexa to conduct video calls to friends and family.

Why should you purchase it? At an inexpensive price, this tablet has high-end processing wrapped in a stylish appearance.

What is it for? Anyone looking for a good tablet for web browsing, social media, and video viewing without spending a lot of money.

Why did we choose the Samsung Galaxy Tab A7? The inexpensive Galaxy Tab A7 has a fantastic 10.4-inch LCD display, making it an excellent choice for movie or TV watching. It’s small and light, having a fingerprint sensor on the side rather than on the screen. The Tab A7 is equipped with a middling Snapdragon 662 CPU and 3GB of RAM. It’s available in two sizes, with 32GB or 64GB of storage and a microSD card slot. It also boasts a 7,040mAh battery, an 8-megapixel main camera with a single lens, and a 5-megapixel front-facing camera. Although there is no S Pen support, the tablet is compatible with Samsung’s desktop DeX mode. The Samsung Galaxy Tab A7 is an excellent pick for web browsing, viewing movies, and casual gaming.

Why should you purchase it? The Lenovo is a basic but strong all-purpose tablet that is ideal for most tablet users.

What is it for? The Lenovo is ideal for the casual multitasker who needs normal services such as email, web surfing, and music listening.

Why did we choose the Lenovo Tab M10 Plus? At less than $200 and with a 10.3-inch screen, this tablet is a more inexpensive option. This tablet has a resolution of 1280 x 1920 pixels, which outperforms several prior Lenovo models. The top side of the screen has two high-quality stereo speakers that face you as you look at the display. This configuration produces an amazing sound that will not be muted even if you hold it or place it on a surface.

This tablet also has an amazing octa-core processor, 2GB of RAM, and 32GB of storage space. If necessary, a microSD card can be used. The main camera has an 8MP lens, and there is also a 5MP front-facing camera. The tablet also has a robust 7,000mAh battery that can last up to 10 hours on a single charge.

Why should you purchase it? This tablet is an attractive alternative to name-brand tablets due to its advanced functionality, amazing specs, and eye safety features.

What is it for? If you’re looking for a tablet to play games and watch movies on, this high-resolution, safety-enhanced device will more than suffice.

Why did we choose the Dragon Touch Max10 Plus? Despite the fact that Dragon Touch isn’t one of the most well-known tablet manufacturers, the Max10 Plus gadget delivers some incredibly outstanding capabilities at a very reasonable price. This Wi-Fi Android tablet has a 1.6GHz octa-core processor, 3GB RAM, and 32GB of internal storage, ensuring smooth gaming and fast multimedia. A microSD card can be used to expand the memory by up to 128GB (not included). It is powered by Android 10.

The 10.1-inch 1920 x 1200 display, together with the 178-degree viewing angle, provides the most immersive visual experience available. The tablet sports an improved color gamut display for a wider color range and more vivid visuals. This tablet also works to safeguard your eyesight by using TÜV Rheinland-certified and quantum-dot technology to filter out the most dangerous blue light, resulting in high-quality visuals with less color shift and less eye strain. But it’s not just about having fun and playing games. It enables speedier app launches and complete access to Google services such as Gmail, YouTube, Drive, and Maps, as well as access to all Google Play apps. It’s a sleek tablet that looks and feels more expensive than it actually is.

Why should you buy it? The Amazon Fire HD 8 has all of the same capabilities as the Fire HD 10, but in a smaller, more compact design.

What is it for? Anyone looking for the cheapest Android tablet that is also portable enough to take on the road.

Why did we choose the Amazon Fire HD 8? The Amazon Fire HD 8 (2020) is an update of the 2018 model that has a USB-C connector and a faster processor. Its main advantage is that it is extremely cheap while also being tiny and portable. The display’s resolution is 1280 x 800 pixels, and while it isn’t the sharpest, it’s adequate for watching movies, for example. The Fire HD 8 is coming in a variety of colors, and it comes with Dolby Atmos speakers that give respectable audio quality. And, as expected, the tablet connects deeply with Amazon services like Prime Music, Prime Video, and Alexa.

The battery life is great, functioning up to 12 hours of mixed-use (reading, gaming, and streaming). The Fire OS software, a customized version of Android, on the Fire HD 8 isn’t for everyone. People who are already familiar with the Amazon ecosystem, on the other hand, will like the For You interface, a recommendation engine that places videos, apps, games, and movies from the retailer’s library on your home screen.

13 PS5 Tricks to Getting the Most Out of Your Console