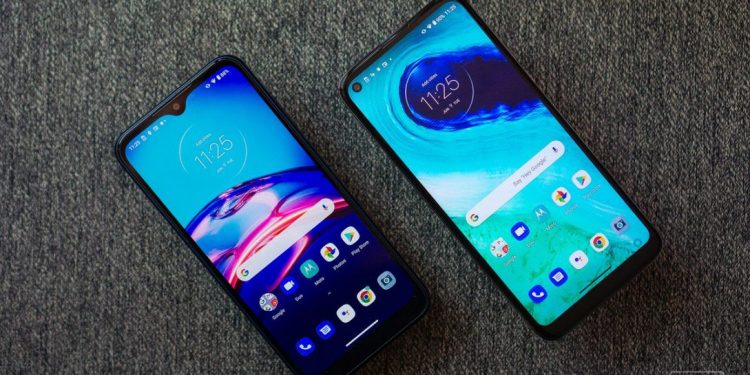 Recently there was a run of high-end phones, but Motorola’s goal for these past few years has been to keep the budget and middle-ranged phone segment. And the recently announced Moto G Fast and Moto E are the last bits of year’s lineup, which consists of the previously released Moto G Power and G Stylus (the phones that were even more affordable).

The new Moto E, which came out in 2021, is an exciting addition to the company’s lowest-cost line, and there are many great things here, especially if you compare it to 2019 Moto E6.

There’s a quicker processor (Snapdragon 632), a new secondary depth camera, better design with a notched screen, and a fingerprint sensor on the back (that’s a first for the E-series). With that, there are some remaining issues, for example, the fact that Motorola is holding on to just 2GB of RAM and a Micro USB port for charging. These specs have already become outdated. Besides, there’s no NFC or wireless charging.

These improvements should have been done long ago, similar to the Snapdragon 632 processor. Even though it’s over a year old, and Motorola has used it in Moto G7 and G7 Power, it surely not the best when it comes to speed, but it’s still good enough for the majority of tasks. There’s no obvious lag in common apps like Instagram, Chrome, etc.

Gaming is different. Simple games (for example, Alto’s Adventure) work just fine. While more demanding titles like Asphalt 9 can be an issue, and such an intensive game as Fortnite might refuse to run at all.

Despite this, the processor is still a big improvement, unlike the paltry RAM, which holds the phone bac. The reason for this is simply that 2GB just doesn’t seem like enough RAM for Android to work properly. The Moto E operates fast enough in the beginning but as soon as you’ve got some tabs open in Chrome, or a couple of apps in the background, it will inevitably slow down.

The new Moto E doesn’t seem to have improved its 13-megapixel main sensor from the old models, which, of course, is bad. The new depth sensor which works in portrait mode isn’t great with details like hair.

First of all, stretching a 1560 x 720 resolution for a 6.4-inch screen isn’t perfect. If you take a closer look at it, you can sometimes see the pixels. Because of that, the smaller 6.2-inch Moto E looks even better than its more expensive sibling.

Fewer pixels should, in theory, help battery life, but it’s hard to tell whether that’s true in this case. Motorola claims that the G Fast will last no less than two days, and that’s where it handily succeeded.

Finally, the RAM. Even though 3GB is not the best characteristic for a modern Android, it feels like it’s enough for the device to run smoothly, although heavy gaming or multitasking is still not a great idea. Look at Fortnite, which requires 4GB of RAM minimum. It works, but it works terribly.

Other specs of G Fast (like its hardware design, the cameras, the processor,  the lack of NFC, wireless charging, as well as substantial waterproofing) is the same as the G Power. If you have money, the extra $50 is worth the longer-lasting battery, crisper display, and more RAM, but for those who are on a budget, the difference isn’t as striking that it’s able to ruin the performance completely.

In this excessiveness of midrange and budget phones with comparable specs together in the same lineup, the Moto E and Moto G Fast are quite hard to differentiate. Motorolla’s strategy seems to be less about making phones for different groups of people with characteristics corresponding to their needs, and more about producing devices to hit particular price points.