New Samsung Galaxy S20 is out! 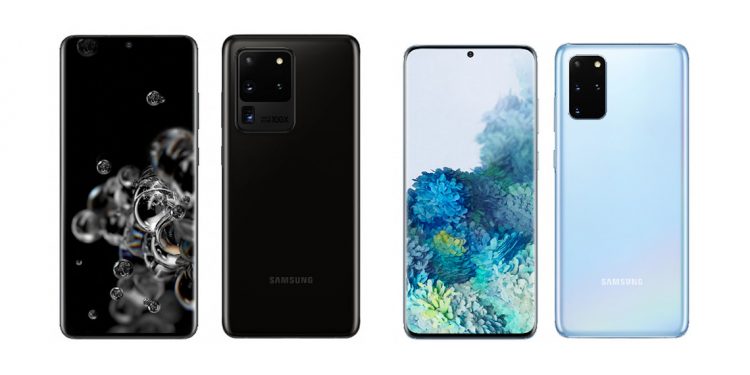 Everyone is on the edge of their seats: we are waiting for Samsung to finally officially announce the Galaxy S20. Obviously, there are interesting rumors about their phones that are foldable and have some neat features. However, we all want to know more about the flagship model that will appeal to the large audience of smartphone users without poking at niche groups of users.

There are three main changes that will be in the middle of attention:

·   We are expecting to see an upgraded 120Hz display capable of producing seamless motion without any hassle.

It is not a secret that high-frequency displays offer smoother images and a satisfying experience. It is especially apparent when you compare PC monitors that play the same game but with different monitors. 120Hz displays always win in comparison. They show action much better and provide greater clarity when gaming. It is big news considering how huge cloud gaming is right now.

The rear cameras receiving an upgrade

Yes, the 120Hz display is certainly a big deal for geeks, but it is less interesting to a casual user not giving a lot of significance to the display capable of providing an immersive gaming experience. So what about cameras? Here are some specs:

·   The main camera lens is 12-megapixel

·   The telephoto lens will have a 64-megapixel resolution

One of the biggest upgrades to the S10 series is that the new phone is bigger featuring a 6.2-inch display with the plus version having a massive 6.7-inch screen. The battery with a nice 4500mAh will certainly help to sustain this monster of a display.

The addition of the 3D fingerprint scanner is not something that fans loved to hear since the S10’s scanner was somewhat faulty and had issues. However, the second-generation scanner from Qualcomm should be sufficient.

The final nail in the coffin for old-school tech geeks is that S20 will not have a 3.5mm jack which is a sad thing for people who love using wired earphones.

High-end Samsung phones have a really good set of features that are nice to have and are usually priced slightly lower compared to iPhones. S20 Ultra adds more to nearly every single aspect of a standard S20 model. A 6.9-inch screen with a 20:9 aspect ratio and up to 16GB of ram will certainly appeal to tech-savvy smartphones users. It is also great to have a phone with a 5000mAh battery capable of sustaining the phone for longer periods of time.

The 5 lenses combo with 4 rear cameras and an upgraded frontal camera will most certainly make it a tasty device for people who love taking selfies. The ultra-wide high-resolution sensor will provide an incredible 100x zoom.

The phone will be faster, better, and offer endless creative opportunities to people who live and die by a photograph. It is seemingly a must-have for any enthusiast. It will be the biggest and most powerful device ever produced by Samsung and the price is quite high: paying $1300 for a smart device is definitely going to make a dent in your pocket.

All phones that will be featured in the S20 lineup will support 5G and all of the US models will come with a powerful chip from the 865-series by Snapdragon. To top it all off, the new line of phones will have air buds with longer battery life and better sound. These little “buddies” will come free of charge to those customers who pre-order S20 Plus and S20 Ultra.

5 Ways to Increase Your Internet Speed