An Extremely Rare, Apple-1 Computer Was Just Sold for an Astounding Price 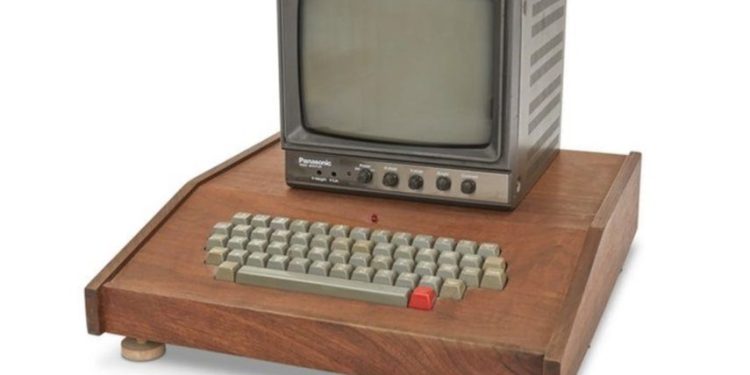 An incredibly rare Apple-1 computer, first produced in the 1970s, was recently auctioned off for a whopping $500,000.

The Apple-1 purchased at auction for half a million dollars is one of just six produced with a Koa wood case. Only 200 Apple-1s were made in all, with 175 of them selling for the uncanny price of $666.66, which Apple co-founder Steve Wozniak devised in his head to pay respect to his love of repeating numbers. To add to the scarcity, Paul Terrell, owner of ByteShop in Mountain View, California, purchased 50 of them.

The antique Apple computer sold at auction includes a Datanetics keyboard, an Apple-1 power supply, a Panasonic monitor, and all of the original items that came with the computer, such as a programming manual.

According to the auction ad by John Moran Auctioneers, this Apple-1 computer was originally purchased for an unknown price by an electronics professor at Chaffey College.

Prior to the auction, Corey Cohen, an Apple-1 expert, told the Los Angeles Times why the historic computer was causing such a stir. “This is something of a holy grail for enthusiasts of antique electronics and computer technology… That makes it really exciting for a lot of folks.”

The Apple-1’s popularity recently increased after an eBay post for another authentic wood case device received 12 viewers in 24 hours, however, this time the Apple-1 is listed for $1.5 million. Even though that model costs a million dollars more, it has over 2,300 watchers on eBay, indicating that fanatics are still quite interested.

This isn’t the first time an Apple-1 has been auctioned off for an astronomical sum; in 2014, an Apple-1 motherboard with a keyboard and power supply for more than $900,000, although it didn’t come fully completed.