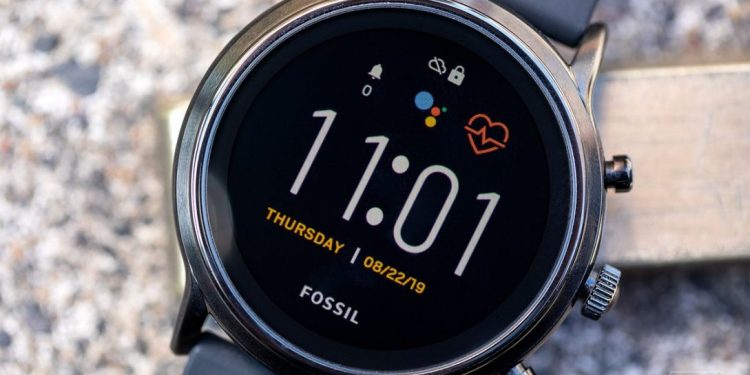 Qualcomm has recently announced two new Wear OS processors – the Snapdragon Wear 4100 Plus and the Snapdragon Wear 4100. These are the first significant updates to the smartwatch since 2018. Qualcomm says that the improved chips will have much higher speed, with a “faster new processor,” and big increases in performance for the memory, camera, GPU, and overall battery life.

Sounds great, of course, but to be honest, Google’s Wear OS really needs this kind of change. The previous significant revision to the Snapdragon Wear lineup (that was the Snapdragon Wear 3100), was in fact a minor improvement to Snapdragon 2100 from 2016. Given that the 2100 and 3100 have the same processor, the introduction of the 4100 means the first speed enhancements for Wear OS in four years.

The most important innovations are in the processor, which is shifting from a 28nm process to a 12nm one. There are four A53 CPU cores clocked at 1.7GHz instead of the 3100’s A7 cores (at only 1.1GHz), which, as Qualcomm claims, should provide more than 85% faster performance. The GPU is now Adreno A504, which is up to 2.5 times faster than in the previous model, together with faster memory.

Qualcomm is approaching the 4100 line differently compared to the previous ones, it’s shipping two SKUs to developers. Their flagship model is the Snapdragon 4100 Plus, which is a hybrid platform with the main SDM429w SoC, together with a modernized version of the always-on QCC1110 co-processor. But if developers don’t want or need those always-on features, Qualcomm will offer a regular Snapdragon Wear 4100 model, which offers the SDM429w SoC.

When it comes to the Snapdragon 4100 Plus, the QCC1110 co-processor is also boing improved. It controls the ambient display mode, which is common to many contemporary smartwatches. They can display much more colors (64,000, up from the 16 colors that the 3100 could show), and also support new functions for the “watch mode”; these are things like tracking, constant heart-rate tracking, alarms, etc.

The change to the brand-new 12nm CPU design (as well as more technical developments) also implies that watches with a Snapdragon 4100 should improve the battery life up to 25%.

Qualcomm is now shipping both Wear 4100 and 4100 Plus chipsets to hardware businesses; the first devices are to arrive in the following months. Mobvoi has announced that it’s developing an innovative TicWatch model using the new chips, and Xiaotiancai is working on a version of smartwatch for kids powered by the Wear 4100.

In theory, at least, these are all great improvements for Qualcomm needed to help promote the struggling Wear OS hardware ecosystem.

But the world of smartwatches is really different now compared to 2016. Wear OS is mostly dominated by style brands like Fossil, while the overall smartwatch ecosystem is dominated by Samsung’s Gear line and the Apple Watch.

Google’s eagerness to produce a flagship smartwatch is now up in the air. Their recent statement signified the intends to buy Fitbit for $2.1 billion may be a way for it to enhance its hardware division to produce better Wear OS watches — or it may be for something completely different.

All in all, if we think about new Wear OS software features, the question is whether the new chip is too late for Google’s smartwatch experiment.