OnePlus 8 and 8 Pro Rumors: What Should We Expect? 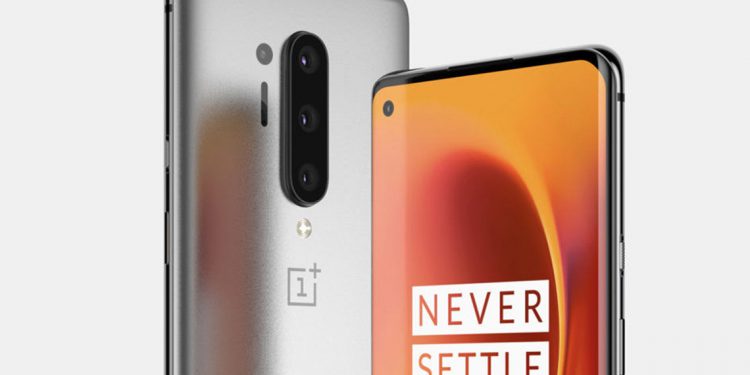 With the anticipation for the next OnePlus phone building up, we have to discuss some of the rumors surrounding the 8th series and consider which promised or rumored features are true or feasible at the very least. While there are many phones that deserve your attention, the OnePlus 8 series is certainly something that a tech geek should never allow to fly under the radar.

Experts are expecting this phone to have several changes in the design compared to the previous lineup of phones. First and foremost, the display will have curved smooth corners and edges which is something that many enthusiasts of smart phones don’t necessarily like. In fact, some fans expressed their attachment to the brand with the desire to have a flat screen.

Another big change in the design of the phone is that the camera bump will now looking more and more like a standard formation rather than a big blob right in the middle of the rear end of the device. The big extruding circle was not liked by the community anyways.

The frontal camera will be comprised of two lenses encased in a tear-shaped hole which is something that looks close to what Galaxy S10 series introduced as an improvement in the visual design department. The most apparent thing in the overall design philosophy of the new 8th series is that it incorporates and respects the trends established in 2019.

Let’s dive into the technicalities

While looking good is certainly important to a smartphone, the bread and butter of any new model is its technology. OnePlus will pack the fastest mobile chip to date Snapdragon 865 meaning that will also support 5G. To make things even spicier the new series will have 8GB of ram and an internal storage of 128GB as well improved energy-efficiency thanks in part to using LPDDR5 RAM that is considered better both in terms of performance and power usage.

The display with curved edges will have a 120Hz frequency which is not something to frown upon. It is a great experience for those who are into gaming especially considering who much attention cloud gaming technologies have been enjoying over the last year with both Google and NVidia coming out with their cloud gaming services. Watching videos in 1440p and 120Hz is also a very satisfying experience. The sizes of models are 6.7 and 6.5 inches for 8Pro and 8 versions respectively.

The rear set of cameras will feature 3 lenses while the frontal camera should have several improvements in terms of portrait capturing. Whether their software will be efficient enough to make images look good is up to discussion.

OnePlus phones have been praised for their batteries that usually have a sufficient capacity to work for a couple of days without recharging. The new lineup of phones will have either a 4000mAh or 4500mAh depending on the model and wired charging with a Pro version working with a 50W charging that will fill up the battery quicker. Sadly, the phones won’t have wireless charging which is a big trend in the year 2020.

When and how much?