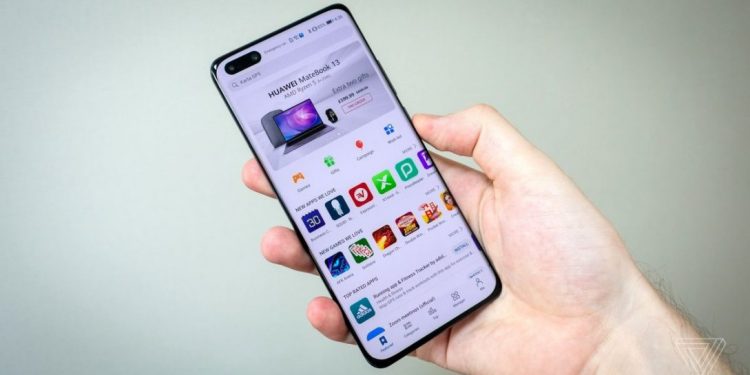 In an alternative 2020, you would be reading about the Huawei P40 Pro being the best phone ever. Why not? The Chinese telecoms giant is on the peak of its hardware powers, producing a great device which and checks everything off the spec sheet.

But in our reality, there’s a trade war between the US and China, which has Huawei as a target; the telecoms giant has been placed on the Entity List, which means that it’s banned for most American companies to do business with. Discussion on the national security accusations apart, the important consequence for Huawei is clear: it can’t ship new phones with Google services, including Google apps. And, because of many factors, this leads to these phones being absolute nonstarters for the majority of people in the West, not just the US.

Simply out of technological interest, let’s take a look at Huawei’s latest flagship, the P40 Pro. If you don’t live in China, it’s probably a bad idea to buy this device. However, this won’t stop us from discussing this remarkable piece of hardware.

Similar to Samsung and its Galaxy S and Galaxy Note lines, Huawei has 2 flagship series: the P series and the Mate series. The former is sort of similar to the Galaxy S (it’s also mainstream and design-forward), while the Mate series is aimed at power users, same as the Galaxy Note. In contrast to Samsung, though, Huawei’s flagships look completely different from each other.

According to Huawei designer Quentin Tang, The Mate series represents the very latest technological advancements. Meanwhile, the P series is centered around sensitivity – it’s all about emotion.

In practice, this means that the P series uses softer, rounder designs, and that’s definitely the case with the latest P40 Pro. Its principal design feature is an OLED screen that slightly curves on all four sides, instead of just the left and right edges.

This feature, however, isn’t more than an aesthetic flourish, which might not work as great when the phone is in a case. The curves add up to the smoothness of swiping up to unlock the phone or bringing up the multitasking menu.

The screen looks great, too. The curves are very subtle on all sides, especially on the top and bottom. Also, the light seems to catch the screen’s edges beautifully.

Nowadays, most phones set themselves apart design-wise from the other phones by being creative with the back. But not P40 Pro – its back panel is pretty boring. There’s a huge camera bump along with a Leica logo, and that’s it. Besides, the unflattering metallic finish that picks up fingerprints like a magnet.

Let’s discuss the camera further. Huawei’s last few P series phones had a breakthrough camera performance, and even though that’s not the main standout feature of the P40 Pro, it performs more than well. On a totally technical level, this camera seems to be the most impressive on the market.

The 1/1.28-inch 50-megapixel main camera sensor is the largest available on a phone among contemporary phones. In spite of the large size, P40 Pro uses dual phase-detection autofocus across the entire sensor, and the outcomes are wonderful. Ordinary P40 Pro photos are very detailed with a wide dynamic range. Besides, the camera feels snappy in action. Even low-light photos look impressive outside of the separate night mode, which feels extra, really.

The battery life is good, plus the Kirin 990 processor seems to be as fast as on the Mate 30. The haptics are great, and there’s wireless charging. The biggest drawback is the audio: a disappointing downward-firing speaker is placed at the bottom edge of the device. There’s no headphone jack, but it isn’t very surprising.

Huawei produces excellent phone cameras as well as phone processors; their phones are very good in general. It would be an almost perfect phone if it supported the apps that customers need to use.