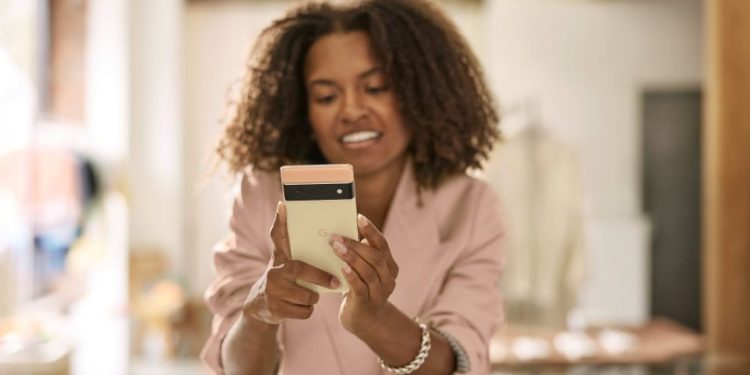 It’s odd to feel so revitalized by a new smartphone. A common refrain is that all smartphones are “mature” technology, with each new phone being just marginally different from the previous one. There’s a lot of truth to that – Apple has created 15 generations of iPhones – and the novelty you get from spending hundreds of dollars on an update every couple of years seldom affects your everyday life.

On the other hand, Google’s new Pixel 6 and Pixel 6 Pro are a little more novel than the average phone, even though they don’t fold in half or have particularly unusual looks. They have new cameras, new materials, new hardware, new software, and new ideas about what a smartphone should be capable of.

But a lot of stuff is new for Google and not remarkably different from what you can get right now from many other smartphone manufacturers. The $599 Pixel 6 and $899 Pixel 6 Pro represent a fresh start for Google’s smartphone aspirations, a new beginning for the corporation that has slogged through five generations of Pixel phones without impacting the smartphone industry.

The Pixel 6 and 6 Pro aren’t completely polished devices that perform as well as Google advertises. However, this does not diminish the fact that they are among the greatest phones available, and possibly the best Android phones available right now.

The drawbacks are as follows:

The design of the Pixel phones is a challenge for Google, which has hitherto adhered to the norms of other big Android phone makers. Instead of unusual textured finishes with exciting splashes of color, they are the standard glass and metal sandwich slabs with aluminum frames and slick backs. There’s less whimsy and character in their details than in previous Pixel phones, which I miss. And, if you look closely, they aren’t nearly as polished as the finest from Apple and Samsung. At this point – it’s easy to notice a rough edge or two along the seams.

The front of both phones is difficult to differentiate from many other large Android phones on the market; they resemble a Samsung Galaxy Note 10 or Note 20. And, while the rear has a distinguishing bar towards the top that houses the cameras, the overall design reminds me of a TCL phone.

The Pixel 6 comes in three two-tone colors: black, red, and green; however, the Pixel 6 Pro is only available in black, white, or gold. The metal sides of the original 6 are hefty and matte black, but the sides of the 6 Pro are slimmer and polished to a sheen. The 6 is unquestionably more entertaining, but the 6 Pro falls short of competing phones in its pricing range in terms of design or fit and finish

The camera bar that covers the back of each phone is the most visible design element. It’s enormous, stands out a lot, and doesn’t exactly mix in with the rest of the phone. On the positive side, unlike other phones’ camera bumps, it doesn’t cause the phone to wobble on a table or desk when you set it down.

However, many of these design criticisms are merely academic because you’ll cover up any rough edges or dull colors with a case on either phone. That’s also an excellent idea because both phones are capital-L Large and have slick glass backs that are pretty slippery. I’ve had them fall off my desk, wireless chargers, sofa arms, tables, my lap, you name it, and one of our trial units fell hard enough to fracture the Gorilla Glass Victus glass panel covering its screen.

The primary issue with the Pixel 6 and Pixel 6 Pro’s designs is that they are too large for someone’s tastes. They are challenging to use with one hand, don’t fit comfortably in many jeans pockets, and are quickly dropped. Previously, Google provided both small and large versions of their phones, but it’s significant or more remarkable; the size difference between the two is tiny. These are iPhone Pro Max-sized phones, which is good if you want a giant phone but excludes those of us who don’t like enormous slabs.

On the plus side, both phones offer large, roomy screens. The Pixel 6 has a 6.4-inch OLED panel with a 1080p comprehensive resolution, while the Pixel 6 Pro has a 6.7-inch OLED screen with a 1440p complete resolution. The Pixel 6 screen is flat, but the Pixel 6 Pro features curved sides that taper towards the frame. I like the flat screen of the 6, but the curves of the 6 Pro didn’t create any errant touch difficulties in my testing, which may make a curved screen tough to use.

Both are crisp, brilliant, and colorful, with the 6 Pro being significantly brighter in direct sunshine. Neither has any noticeable issues that plagued previous Pixel phones, such as odd color reproduction or flickering at low light settings.

If you look closely, you’ll see certain flaws, like a minor color shift at oblique angles or a perceptible shadow under the curved sides of the 6 Pro when using a light backdrop, which we don’t see on Apple or Samsung’s top phones at this moment. If there’s one place where the lower price tag of these phones shines through, it’s in the screens. They’re friendly but not up to the standard set by other flagship competitors.

The displays are good, but not the best we’ve seen

They also feature quick refresh rates — 90Hz on the Pixel 6 and up to 120Hz on the 6 Pro — making scrolling and interactions exceedingly fluid. Fast refresh displays have become standard on high-end phones, and it’s encouraging to see Google follow suit. I didn’t detect a difference between the 90Hz and 120Hz unless I examined the side of the phone by the side—both are smooth in usage.

The fingerprint scanner behind the screen is less than ideal. It’s at a convenient location — about a fourth of the way up from the bottom — but it’s far slower than other fingerprint scanners, even those on the rear of last Pixel phones. Because it is optical, the screen illuminates when you scan a finger, which may be very distracting in dark surroundings. The scanner also misinterpreted my finger from time to time, necessitating repeated attempts to unlock the phone.

This problem is exacerbated by the lack of face unlocking on the Pixel 6 and 6 Pro – the fingerprint reader is the sole biometric authentication option, which isn’t ideal.

The CPU within the Pixel 6 pair, Google’s new Tensor chip, is one of the most crucial aspects of the device. It is Google’s first proprietary CPU, following in Apple’s footsteps and leaving off-the-shelf processors like Qualcomm or MediaTek in the dust

Google claims that the new CPU outperforms the Qualcomm Snapdragon 888 in terms of performance, and in my experience, this is accurate. Apps open quickly, switching between them is fluid, and the interface lacks stutters and hang-ups. Twitter was the only app that stalled both phones, although it was odd. The Tensor chip will not outperform Apple’s newest CPUs, but it is well ahead of the processor used in the Pixel 5 last year and on par with other premium Android phones.

The Pixel 6 features 8GB of RAM, and the Pixel 6 Pro has 12GB. In practice, the 6’s lower RAM did not cause problems – streaming applications did not close forcefully in the background like they did on last Pixel phones.

There was no discernible difference in battery life between the two phones. Both can easily go through a full day of use with plenty of juice remaining in the tank – even with regular camera use and the always-on display option, I went to bed with 35-40 percent battery left most evenings. Light users may extend this to two days without any difficulty. One of the main reasons for this endurance is that the batteries are large – large phones come with large hail and long battery life.

Both versions allow wireless charging and rapid cable charging, although none comes with a charger. Google offers a $25 30-watt brick separately and plans to release a $79 fast wireless charger shortly, but I haven’t had the opportunity to test it yet.

Even if you use a robust enough charger, neither phone charges rapidly. Google actively slows charging after it reaches 80 percent to maintain the battery cells’ longevity. Since these batteries are so enormous, getting to a full charge might take a long time. Fortunately, because of the long battery life, you’ll probably need to charge when you’re sleeping.

Another area where the Pixels shine is in haptic feedback. Rotten, buzzy haptics can spoil a phone experience for me, but the Pixel 6 and 6 Pro offer subtle, clicky reactions that deliver precisely the appropriate amount of input.

The Pixel 6 and 6 Pro have genuine, dual stereo speakers that pump out a sufficient level of loudness and sound clean for both streaming music or video and taking speakerphone or video conversations. Goodbye, Google’s vibrating screen pseudo-speaker from the Pixel 5 last year.

Google is touting a 5G connection for the Pixel 6 and Pixel 6 Pro, but the facts aren’t nearly as plain. The Pixel 6 unlocked and T-Mobile variants are limited to sub-6 5G, but the Verizon and AT&T models are more costly and feature the faster but limited millimeter wave (mmWave) 5G.

None of this applies to the Pixel 6 Pro, which will support both sub-6 and mmWave 5G regardless of how you purchase it. AT&T’s premium over unlocked, T-Mobile, or Verizon models only gets you the luxury of being an AT&T subscriber.

Google has finally improved the camera hardware in the Pixel series for the first time since 2017, and it’s gone big – literally. The new main camera sensor is substantially larger than the one used in the Pixel 5 and previous models. The Pixel 6 Pro is the first to have ultrawide, wide, and telephoto cameras. The camera systems in the Pixel 6 and 6 Pro are likewise entirely new, with new sensors, lenses, and capabilities.

Both phones feature the same main wide camera and ultrawide camera. The primary camera has a 50-megapixel sensor that is hard-coded to output 12.5-megapixel photos behind an optically stabilized f/1.85 lens. That means you won’t be able to capture the full 50-megapixel resolution, and the resulting photographs won’t be much crisper or more detailed than comparable 12-megapixel cameras, including the Pixel 5’s.

Everything You Need to Know About Android 12