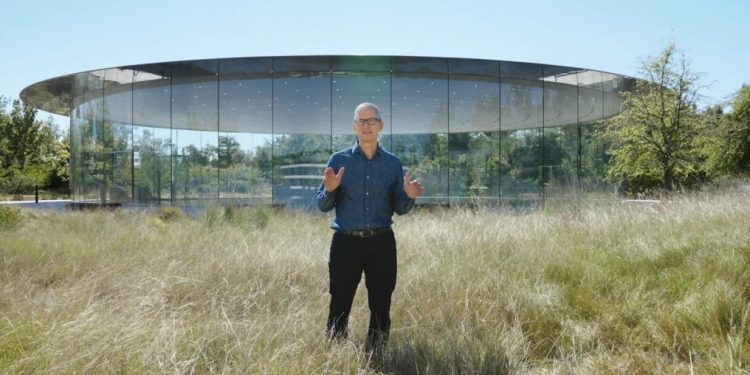 Today, Apple officially revealed new 14-inch and 16-inch MacBook Pro models, new AirPods 3, and more at its “Unleashed” virtual event. Check out the summary of the announcements below.

Apple officially unveiled the new third-generation AirPods, which have an all-new design inspired by the AirPods Pro.

The new AirPods 3 resemble the AirPods Pro but lack removable ear tips. The “contoured design,” according to Apple, is intended to fit at “exactly the right angle for comfort and to funnel audio into the ear.” The new AirPods are water as well as sweat resistant, with IPX4 ratings for earbuds and charging cases.

Apple claims that the AirPods, like the AirPods Pro and AirPods Max, use computational audio to adapt music in real time based on how the AirPods fit in the user’s ear. Adaptive EQ and Dolby Atmos are also supported.

The new AirPods 3 are available for purchase today for $179, with the first orders arriving next week on Tuesday, October 26. The second-generation AirPods are still available at a new lower price of $129. For the same $249 price, AirPods Pro now includes a MagSafe-enabled case.

After ages of waiting, Apple has finally delivered on its promise of producing MacBook Pros that are truly meant for professionals. Apple’s 2016 makeover of the MacBook Pros with USB-C ports, Touch Bars, and butterfly keyboards set the company back, but the company now intends to remedy the wrongs and level up the pro laptop game.

The New MacBook Pro Design (There is, Indeed, a Notch)

Apple has revamped the MacBook Pro both inside and out, despite it still appearing to be the same on the surface (you still get the squared-off design, but now the edges are slightly curvier).

Like the Magic Keyboard, a new keyboard design is available, with a full function row at the top. And, yes, the Touchbar is no longer available. Apple claims that the keyboard has a clicky typing sensation similar to mechanical keyboards, but we’ll have to wait for a thorough review to confirm that.

Apple has finally revealed MacBook Pros that are actually suited for pros, after years of expectation. It has a 1080p webcam as well as ambient light sensors. However, there is no Face ID in there.

Apple has increased the height of the menu bar only for the notch. In addition, if an app goes full-screen, Apple will place a black bar around the notch, thus disguising it.

The Ports Have Been Restored (Including MagSafe)

The SD card slot, HDMI port, and MagSafe charging connector have been returned to MacBook Pros by Apple. There are also three USB-C Thunderbolt 4 ports.

The M1 chip in the original 13-inch MacBook Pro was already quite good, and Apple has now simply scaled it up in two avatars, the M1 Pro and M1 Max.

The M1 Pro processor is an 8-core CPU in the base model, but all models above are 10-core. The M1 Max is by default a 10-core processor (with two high-efficiency cores).

The M1 Pro chip is twice as fast as the M1, while the M1 Max chip is four times faster than the M1. And the M1 was already one of the fastest CPUs available. After the tests, we’ll know more about the M1 Pro and M1 Max’s real-world performance, but it seems like the M1 Pro, and M1 Max will likely become industry leaders in terms of performance.

The MacBook Pros can now have up to 64 GB of unified memory, and the M1 Pro has a storage capacity of only 32 GB. The kicker is that you can configure both the 14-inch and 16-inch variants with the M1 Max processor.

One area where Apple looks to have greatly scaled up is the GPU. Despite the fact that Apple’s GPU is embedded into the CPU itself, Apple guarantees similar performance to leading Windows laptops with separate GPUs.

Because of the ease with which GPUs may be scaled, this is the case. You increase the number of cores…and Apple has greatly raised the number of cores. The M1 Pro chip’s base model contains a 14-core GPU, while the others begin with a 16-core GPU.

The edge-to-edge screen now has ProMotion and mini-LED.

The MacBook Pro is also by default equipped with Apple’s Liquid Retina Display XDR. It’s a mini-LED display with variable refresh rate. This means that the screen can refresh at a rate ranging from 24Hz to 120Hz. It boasts a sustained peak brightness of 1,000 nits and can go up to 1,600 nits for HDR content.

The sole disadvantage of these professional machines? Their costing. Apple has raised the base price of the MacBook Pro to $1999. In exchange, you receive an 8-core M1 Pro CPU, a 14-core GPU, 16GB of RAM, and 512GB of storage.

These prices are high because Apple has effectively deleted the entry-level devices that we hope to see in the future update. For example, a base 14-inch MacBook Pro with an 8-core CPU, an 8-core GPU, 8GB of RAM, and 256GB of storage cannot be purchased for $1299/1399. The 13-inch M1 MacBook Pro currently dominates that market.

While they are pricey, you get a lot for your money because Apple has specifically developed these devices for professionals. If you’re searching for a lower-cost option, consider the M1 MacBook Air, or wait for the new MacBook Air upgrade next year.

So what do you think of the new MacBook Pros? Are they all you hoped for and more? Is the notch going to deter you from purchasing one?