Everything You Need to Know About Android 12 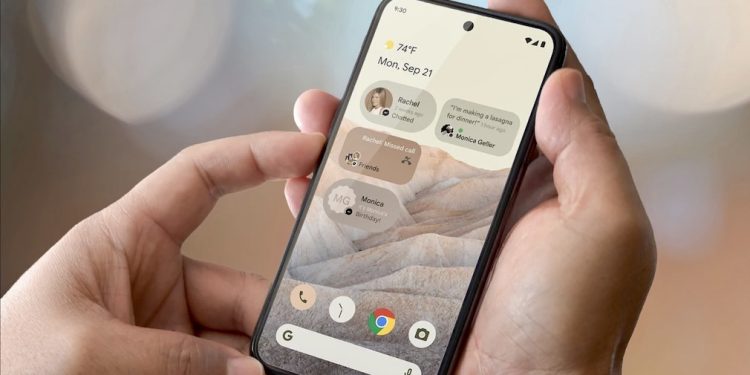 Android 12, the latest version of Google’s flagship operating system, is now available for all compatible Pixel phones, beginning with the Google Pixel 3. It comes standard with the Pixel 6 and Pixel 6 Pro.

When will Android 12 be released?

Google launched Android 12 for the Android Open Source Project (AOSP) on October 4, with a consumer version for all Pixel devices, including the Pixel 3, 3a, 4, 4a, 5, and 5a, following shortly after on October 19. It’s also worth mentioning that the Pixel 3 and Pixel 3a will not receive Android 12L (more on that below), but the Pixel 4 and newer will.

It is unknown when the update will be available for other phones. ColorOS 12, Oppo’s Android 12-based operating system, revealed, and beta testing began on October 11. One UI 4 is already in beta testing for Samsung customers. Neither has a set release date, but any time between December and January seems probable based on previous timeframes. Several other manufacturers, including Vivo, Asus, and Xiaomi, have also begun testing Android 12 versions. You can find out when your phone will get Android 12 by reading our summary of the release timetable.

What new features does Android 12 include?

What Android 12 is will differ depending on the phone you own. Google promotes its Material You redesign for its Pixel phones, while Samsung and Oppo use lighter variations of the same core concept on their operating systems. What is consistent is that there are privacy enhancements here and there, with new toggles to turn off your microphone and camera when needed, a privacy dashboard to monitor which applications seek which permissions and a slew of under-the-hood tweaks to make your phone better overall.

Here is a breakdown of the new features available in Android 12:

The most noticeable change in Android 12 is redesigning the user interface. Buttons are more prominent and bolder, everything has broad and rounded corners, and Google isn’t as worried about taking up more display area. Android 12 appears to be more concerned with space management than packing additional features into it.

Everything functions similarly, but the Settings menu items, Quick Settings panel, sliders, and so on are considerably bigger, bolder, and more colorful. These larger icons appear to apply to almost every element of Android 12. Even the lock screen has been updated – when there aren’t any alerts, the clock takes up the bulk of the screen, and even when there are, it’s large enough to view at a look.

In Android 12, there are minor changes to animations and motion. For example, when you press the power button, a spirit appears that illuminates the display from the controller itself. Another animation appears when you connect to your charger. It’s a lively, graphically appealing take on a mobile operating system.

Along with the design upgrade, Google has included new theming choices called “Material You,” which effectively take color scheme cues from your wallpaper. These include fundamental colors and what Google refers to as “complementary” hues. The theming is essentially systemwide, and third-party developers may integrate their apps into it for a more cohesive appearance. For example, if you choose green wallpaper, you may anticipate your phone to be tinted with green hues. If you have green or yellow wallpaper, you may choose the theming system’s color to complement your phone. As a result, Google has removed various customization choices from Pixel’s version of Android. Previously, users could modify the font or icon shapes. However, this is no longer the case due to the new theming system.

Material You also works in applications, with Google upgrading apps such as the Clock, Camera, and Calculator with a Material You look ahead of Android 12.

Material You may be the essential component of Android 12, but you won’t see it outside of Google Pixels for the most part. Although Samsung and Oppo have their own wallpaper-based color choices, they only cover the system interface and their applications, leaving Google apps with a material blue tinge. Google has said unequivocally that the look would initially be confined to Pixels, with others speculating based on code changes that Material With Android 12L, it will find its way into Android.

Google has reorganized several components of Android as part of the all-new design refresh, and the notification shade, as is customary on Android, receives one of the most significant changes. Quick Settings, for example, are becoming more accessible. On the initial swipe of the notification shade, you’ll be able to activate four of your most-used Quick Settings in the form of reasonably large rectangular buttons. Then, swipe one more to view all of your Quick Settings.

This new Quick Settings tab will also include Android’s Power Menu. That means you’ll be able to access your smart home controls and Google Pay wallet from the Quick Settings menu while holding down the power button will instead activate Google Assistant. Google has put shortcuts to the home controls and Google Pay wallet on each side of the lock screen in Android 12’s Release Candidate. You may now reach either of these without having to swipe down on the notification center.

Google is also introducing a new Internet Panel for controlling your connectivity. Google claims it would also make it easier for customers to fix problems and move between providers, whether on Wi-Fi or mobile data.

In the same vein, new lock screen shortcuts make it easier to access Device Controls and the Quick Access Wallet.

The general population is becoming more aware of the need for privacy, and Android 12 has various privacy-enhancing features. The most significant of them is the new Privacy Dashboard, which displays various information about the rights you’ve allowed to each app and lets you cancel particular access if desired. You’ll also receive details on permission usage, such as a history of when applications have accessed your location.

In terms of location, Android 12 adds greater location permissions. You may also allow applications to “approximate” location rather than a particular location, useful for weather apps.

There are additional privacy-related aspects as well. As with iOS, there are now brightly colored warnings that your microphone, camera, and clipboard are being accessible by applications or websites, preventing, for the most part, unauthorized use. New toggles under Quick Settings will allow you to turn off the camera and microphone to protect your privacy. Lockdown mode allows you to safeguard your smartphone directly from the lock screen in a matter of seconds.

Google is also attempting to make other areas of your data more secure. Notably, the new Android Private Computer Core is included in Android 12. It’s a component of Android that handles features like Smart Reply, Live Captions, and other artificial intelligence-related features that focus on sensitive data.

Apple introduced Car Key last year as a means for users to unlock compatible cars using their phones. Google has now followed suit with Digital Car Key. Digital Car Key employs ultra-wideband technology to allow customers to unlock their vehicles while keeping their phones in their pockets. If the phone does not support ultra-wideband, the feature can alternatively be accessed through NFC.

Of course, this function requires the participation of automakers, which might take some time. Only BMW has agreed to use Apple’s Car Key so far, and BMW is also the first to embrace Digital Car Key. Hopefully, Google and Apple’s acceptance will lead to broader support for the features from automakers.

If you’re a part of the Android ecosystem, you may use an Android TV device in addition to your Android phone, and Android 12 now has a built-in control for Android TVs. The function is compatible with Chromecast with Google TV and TVs that have Android TV integrated into it. It provides basic software controls, access to Google Assistant, and volume controls.

Previously, you had to install an app to use your phone as a remote for your Android TV, but that will no longer be necessary.

Nearby Exchange can already be used to share photographs between an Android phone and a Chromebook, but Google is attempting to remove some friction. According to Google, the Chrome OS Phone Hub will be updated with a new feature that will allow you to see photographs on your Android phone without having to wait for them to be transferred to the cloud.

Google is also working to improve its universal search on Android 12. Developers may now index portions of their apps so that the Pixel launcher’s search bar can get app information when users put it in terms. For example, Googling the phrase “red” returns any app that begins with the letter “red,” a contact whose name begins with the letter “Red,” and the Snapchat filter for “red cap.” It’ll improve significantly when more developers update their applications to operate with Android 12. Still, Google’s objective here is to deliver an experience comparable to the iPhone’s spotlight search and Chrome OS’s Everything button.