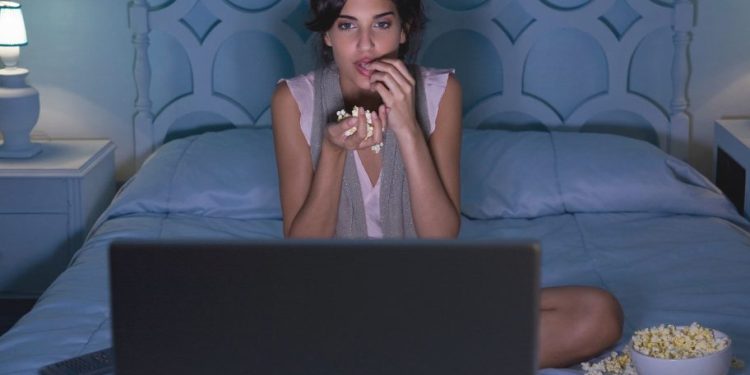 Many of us love watching movies online occasionally but believe that paying for subscription services for those rare instances is a waste of money. Don’t worry, you can do it for free. However, not all of them are entirely risk-free. As a result, we’ve selected the most reliable websites where you may watch a wide range of movies for free! Our top picks are as follows:

Previously, it was simply Crackle, but the free streaming service has gone through several rebrandings. It was previously maintained solely by Sony, and it now shares Crackle with CSS. Despite various name variants, the site is most commonly known as Crackle, so that’s what we’ll call it.

It mixes movies from six CSS streaming services (Popcornflix, Popcornflix Kids, and so on) as well as some Sony-produced films and TV series.

Advertisements support the service, so it’s a good option to view movies for free, but be prepared for many interruptions. Crackle is available in 21 countries, although Canada, Latin America, and Australia are no longer available.

The service, which was previously known as Freedive, is now known as IMDb TV. This Amazon-owned streaming service offers a variety of free TV episodes and movies, but they are ad-supported. IMDb TV acquired more than 20 Disney-owned shows earlier this year, including Desperate Housewives, Lost, and others. Many of them are only available for free here.

The selection of movies on this site is limited, but it contains well-known films such as Memento, Drive, Donnie Darko, Dune, La La Land, and many more. IMDb TV is now only available in the United States, although the firm is working on a European version.

You’ve certainly heard of Vudu as a subscription service. Still, this Walmart-owned platform also features a large selection of movies in their free content section, supported by advertisements. 10,000 Days, The Offering, The Escort, and a slew of more titles are available.

Even in the free part, a Vudu account is required. However, it is free to create. The app is available on various devices, including phones, although it is now only available in the United States.

Of course, you’re familiar with YouTube. This is the most popular video-hosting website, where individuals can watch other people play video games, cook, and play with pets, among other things. There are, nevertheless, several feature-length films. And if you look closely, you’ll discover some amazing films there.

Commonly, you do not see all of the available free movies, so use the search if you do not see the movie you want to watch. They may not have been posted with the rightful owner’s consent, so the movie may be divided into different portions and then compiled into a playlist. But it’s completely free!

Because YouTube is more concerned about intellectual property, this method of watching free movies is becoming increasingly difficult. You may always get a YouTube Premium or YouTube TV membership and watch the content without any problems.

Although Vimeo is smaller than YouTube, it is nonetheless an excellent video-hosting tool. Vimeo is perhaps superior in various ways, most notably in terms of advertisements and the community, which is more professional and supportive.

You may also find amazing original short and feature-length films on this platform. There is an On-Demand section where you may purchase movies or TV series. On Vimeo, you may view the work of the site’s users and the work of large studios. All of this makes Vimeo a wonderful place to look for free content to watch.

The Roku Channel is a free service developed by Roku, a membership service. To utilize the ad-supported version, you had first to obtain a streaming media device. So, despite being reasonably priced, it wasn’t free. Thankfully, this has changed, and you can now access the Roku Channel via the web or the free app.

There are over 10,000 movies and TV shows to choose from, including classic favorites like Must Love Dogs and Police Academy. It is need to create a Roku account, but it will not take long. There are more films to pick from if you pay for a subscription, and you may cancel at any moment. You can use the service in the United States and Canada.

Top-8 Apps for Relaxing at Home During a Lockdown