Anonymous Camera: the App which Uses AI to Anonymize Photos and Videos 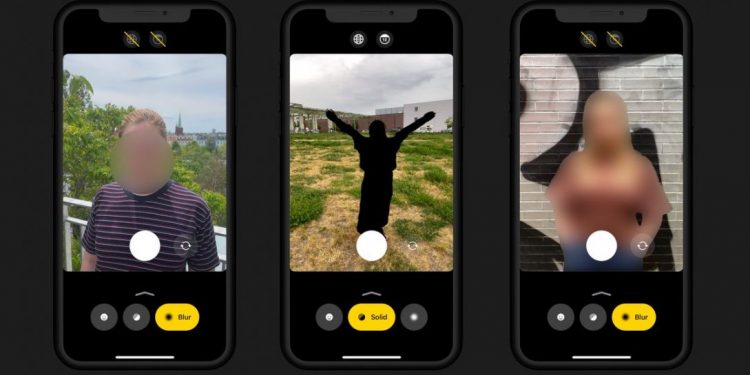 People’s faces are as vulnerable as never before nowadays. Because of the facial recognition algorithms, it has become so easy to identify a person from as little as just one snap. Luckily, thanks to progress in machine learning, it’s become easier to anonymize photos and videos, too. Such technologies remove information that identifies people.

One of the newest examples of this is a recent app Anonymous Camera, which launched on the iOS App Store in June 2020. It’s the creation of the London AI startup called Playground, the founders of which made the app in cooperation with investigative journalists; they wanted a simple way to get anonymous footage. Even though it’s not going to solve all problems connected to privacy right away, Anonymous Camera gives the most thorough and easy-to-use features.

The app uses machine learning in order to recognize people in photos and videos and later blur, block or pixelate faces or entire bodies. This feature with the whole body blocking is essential, as some of the methods might be reversed, and also people can be recognized by their clothing, tattoos, etc.

Anonymous Camera can change voices in video footage and strips the metadata which is embedded in files by cameras and phones automatically (like the time this image or video was taken and if your privacy settings allow this, where it was taken).

Possibly most importantly, this app works with the content in real-time right on users’ devices. This is possible now thanks to the recent improvements in AI. This suggests that the files exist in their initial form for a short time while the app alters them. Thus, if the phone is, say, confiscated later, no original files will be there.

Anonymous Camera has been tested in London during the recent Black Lives Matter protests. It’s clearly not perfect for anonymizing images with lots of people in protests (but the creators claim it’s not the app was intended for). However, it works well with close-up photos and videos of individuals and small groups.

Co-founders of Playground Gabriel Mitchel and Aaron Abentheuer have mentioned in interviews that they got inspired after seeing stories of journalists in the United Arab Emirates who were addressing the oppression of LGBT groups.

One of the first users who tested the app was Paul Radu, an investigative journalist (he writes about crime and corruption together with the OCCRP). Radu has used Anonymous Camera for his reports and interviews when the subjects want to stay anonymous.

According to the journalist, the app provides an immediate layer of trust and safety, and this is crucial in his job. The interviewees see how Anonymous Camera hids their faces in real-time, and they are less afraid to tell truth.

A journalist who helped Playground with building the app was Paul Cheung, who is a director of the journalism nonprofit organization called the Knight Foundation. He never thought that the app will be wildly popular but it could be very helpful for lots of people, such as journalists, activists, and others. According to him, AC can be used for talking about sensitive things, like the stories of victims of sexual abuse or violence, immigrants, or protesters.

So, how useful is Anonymous Camera for filming protests? When the developers started working on the app back in 2019, the Hong Kong protests had become really serious. This sparked their interest in developing the app because they succeeded in getting several protesters to test it. They concluded that AC had both advantages and limitations – the more people there were, the more difficult it was to anonymize all of them.

The experiments show that if there are more than eight people in the frame a few meters away from the camera, the filters just didn’t work. AC doesn’t hide people who are further from the camera. At the same time, when working with those next to the camera, the app glitched in and out of focus, and sometimes the faces were shown.

Anyway, Anonimous Camera definitely has its advantages compared to the currently available options with similar functions. Some online tools can scrub certain information from photos, although they are quite slow and even difficult to use from mobile browsers. It’s also possible to use built-in photo editing apps and manually blur the faces, but this takes lots of time and effort. Another alternative is an encrypted messaging app called Signal, which has recently added a feature to cover faces in photos, but it doesn’t come close to AC in terms of diversity of features, such as blocking out bodies and stripping metadata.