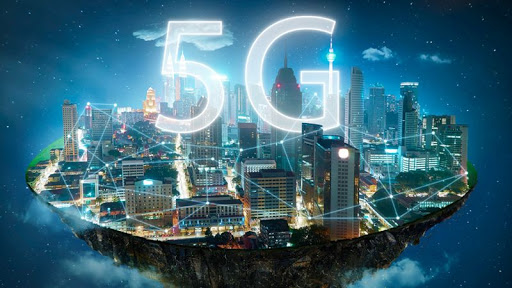 The hype around the 5G network has been noticeable in the tech world during the past few years. The next generation’s cellular technology, with its faster speeds and lower latencies, is expected to change everything for the better. Yet there’s been lots of wrong information and straight-up rumors, as well as bizarre conspiracy theories.

So, the question is, what exactly is 5G?

As the name suggests, this is the fifth generation of cellular technology. The first cell networks in the 1980s had 1G networks. And our modern phones use 4G LTE, which offers high-speed mobile internet. It made an entire range of functions possible, such as social media and streaming services.

5G is expected to take things to a new level, with even faster speeds plus latency that could well make mobile internet equal to home Wi-Fi. But from the technological perspective, it’s pretty much an evolution of the modern cellular technology we have today – the 3 distinctive approaches to 5G in America make those progressive changes clear.

The low-band networks of AT&T and T-Mobile are in the 600MHz and 850MHz bands. It’s the same area of the spectrum as current LTE; the difference is that they use the latest transmission technologies and carrier aggregation.

Sprint’s mid-band 5G, which is in the 2.5GHz, offers more bandwidth as well as even faster speeds compared to low-band 5G. However, it’s worse in terms of coverage.

Lastly, we have a high-bandwidth, millimeter-wave spectrum, the entirety of Verizon’s mobile 5G. They offer much more bandwidth for breakneck 5G speeds. The connection is limited, as those small radio waves are especially bad at going through objects. This is why this 5G is available only on a very limited territory, not nationwide.

This leads us to the most crucial question:

Is 5G dangerous? The short answer is no.

Many useful resources can help you with this question. Still, almost all scientific research (from the National Cancer Institute, the Food and Drug Administration, etc.) concludes that cellphone radiation isn’t a threat to people. Essentially, 5G radio is in the same range of the electromagnetic spectrum as other Gs and consists of non-ionizing radiation. It means that it doesn’t have enough energy to remove electrons or degrade cells (what harmful radiation does). And as we’ve seen earlier, 5G is in the same category of radiation that’s already been used in cellphones.

Yet, there are some genuine concerns when it comes to 5G. For example, we will ensure data protection if faster data makes the process of burning through carrier limits quickly. What is more, 5G phones are costly for now, and they also don’t have battery longevity. Lastly, the current state of 5G technology means that extensive networks will need time to work on a broad scale, instead of being limited to a few street corners.

But it’s important to remember that these issues have been solved by the industry before with past generational changes. The only actual distinction is how much more we relate to our phones nowadays compared to 10 or 15 years ago. This is the main reason why such issues seem more important now.

Is Triller Going to Be TikTok’s Main Competitor?