5G vs. Wi-Fi: What’s the Difference and Why Do You Need Both? 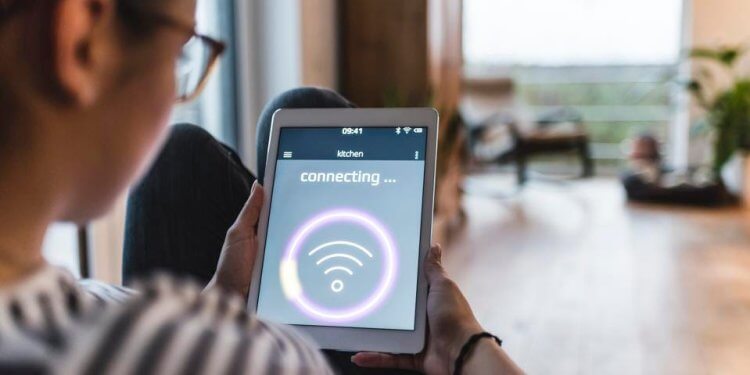 We’re getting close to 5G, and while it hasn’t yet ushered in the mobile revolution that some promised, it may in the coming years. Although 5G is faster than 4G, it only gives slight improvements in download rates; nevertheless, in the long term, it should significantly improve download speeds, virtually eliminate latency, and reduce congestion on mobile networks.

In other words, 5G will outperform your current Wi-Fi connection.

While Wi-Fi and 5G will be fought against one another, all signs point to both technologies being required to use the internet of the future correctly. While 5G will be useful in many scenarios, Wi-Fi, which is currently being developed and improved, will be helpful in others.

What Is the Difference Between 5G and Wi-Fi?

For many years, two forms of wireless technology coexisted. Wi-Fi is a sort of local area network (LAN) that is mostly utilized inside, such as in a house or office. People can use cellular networks, like major operators’ 4G LTE networks, both inside and outside over long distances. This is a type of wide-area network (WAN) called a “cellular network.”

When it comes to speed, latency, and capacity, both 5G and Wi-Fi 6 are better than their predecessors. But what is the optimum use for each technology?

What Exactly Is 5G?

As a result, 5G will be able to connect more devices and send more data than ever before, which will lead to faster connection times and better user experiences for everyone. You’ll need a 5G-capable smartphone if you wish to join the 5G network. The same thing happened with LTE.

What exactly is Wi-Fi?

Wi-Fi operates on unlicensed airwaves, which are open to the public but have a rather weak signal. It costs us money to get the internet to our door, so we pay an internet service provider (ISP) to do that. We then use a router to get Wi-Fi all over our house. Using the same Wi-Fi frequency range as your neighbors might be inconvenient, especially if you reside in a low-bandwidth location. Wi-Fi is divided into two types: 2.4GHz and 5GHz. If you want to talk about speed, the 2.4GHz band has a lower theoretical peak speed than the 5GHz band, which has faster speeds but can’t get through walls.

The Promise of 5G

Many people are excited about the idea of a more powerful 5G network that can download at speeds of 1Gbps to 10Gbps and upload at speeds of 1ms to 1ms. These are the same speeds as if you had a real connection. However, we won’t be able to go as fast as we could. Even if we did, it would take a while.

There are a lot of things that can affect how quickly your 5G service works. These include where you are, how many other people use the network you are connected to, and the device you are connected to. At least 50Mbps of download speed and latency of no more than 10ms is what we want to achieve. Although like 4G LTE, 5G coverage will be progressively spread, this will be a huge improvement over current average speeds.

Next, 802.11ax is called Wi-Fi 6 because the Wi-Fi Alliance (and the industry as a whole) thought it was time to come up with a name that wasn’t so confusing. If you’re unfamiliar with 802.11ac, it’ll be referred to as Wi-Fi 5. And so forth. When compared to Wi-Fi 5, speeds can be up to four times quicker. The new Wi-Fi 6 standard also makes dealing with the expanding number of internet-connected wireless gadgets in most houses easier and more efficient. WiFi 6 speeds can reach 9.6Gbps, but you’ll almost certainly never get that with your internet connection in real life.

How Do 5G and Wi-Fi Work Together?

Wi-Fi and 5G work well together. In terms of user experience, 5G and Wi-Fi 6 can both reach gigabit speeds and have very little latency.

Because Wi-Fi is cheaper to set up, run, and scale, especially when access points have to serve a lot of people, it will be the most common technology for both residential and business use. This is great for a lot of devices that need a lot of data, like PCs, tablets, smartphones, streaming devices, TVs, and printers, all of which need to connect to the network to do their jobs. For this reason, 5G will be used for things like phones. It has a longer range. connected cars and smart cities are also going to use it. It’s going to be used in a lot of big projects.

It is not the same for each technology how to run the network. It’s easy for people to set up their Wi-Fi networks because Wi-Fi runs on an unlicensed spectrum. As long as people who live near you use their Wi-Fi networks at the same time and on the same channel as you, they could affect how well your Wi-Fi works. Wi-Fi is typically intensively monitored in offices and other corporate contexts to fulfill a particular performance target.

Operators often administer 5G and LTE networks, which employ a specialized, licensed spectrum that needs subscription fees to access. As with LTE, 5G speed will be determined by the number of “bars” you have—that is, how near you are to a base station—as well as the number of people using the network.

There are, of course, exceptions to these generalizations. In the end, whether to utilize 5G or Wi-Fi 6 is determined by the exact use case.