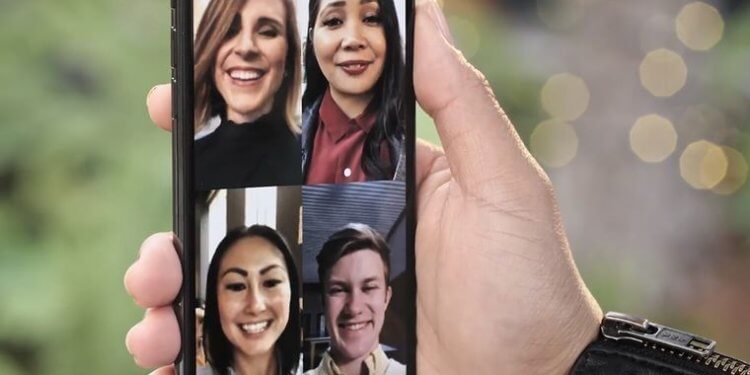 The best thing about Duo is that it has a simple design that puts video calling front and center. It’s easy to sign in and verify your phone number, and you can have video calls with other users that are faster and more reliable than regular phone calls.

Viber is another popular Android video call software that has been on the Play Store for a long time and is widely utilized. Since then, the application has improved and new features have been introduced. It is free and works on practically all operating systems and mobile devices, including Blackberry, Windows Phone, Android, and Apple.

It works on both iOS and Android, so it is cross-platform. The program doesn’t do much besides allow text, voice, and video conversations. But you can trust it because all texts and calls are encrypted.

The quality of the video call is pretty good. The fact that almost everyone we know is already on Facebook is one of the best things about it. It is much easier to just use this app instead of trying to get people to join a new platform you choose. So, we can all agree that video chat software for Android is very useful. The people who made the program say that users can get it for free.

What Skype did for desktop and laptop computers, WhatsApp did for cell phones. Microsoft paid $8.5 billion for it for a reason. Skype is now on desktop computers, and you can hold video calls with up to 24 people. You can send files, photos, GIFs, and emoticons from an Android device to an iOS device, just like you can with WhatsApp. Users of Skype can now record both audio and video chats within the program, thanks to a new update. A feature that business users want very much.

For a long time, WhatsApp was the best way to chat with other people. Before Duo and Viber, there was WhatsApp. WhatsApp was late to the video calling game, but because it had so many users, it quickly took over the market. WhatsApp is used by almost everyone you know. On WhatsApp, you can make video calls to up to four people at once, which, given the size of a smartphone screen, I think is the best number. Users of WhatsApp can also share their location, files, photos, emoticons, and conversations with other users. Instead of usernames or IDs, it is linked to your phone number.

Zoom was made from the ground up to be a program for businesses to use for video conferencing. Zoom lets you connect with up to 500 active participants and 10,000 people who just want to listen in on a conference call with your staff.

Data mining is a genuine issue, and most large corporations, such as Google and Facebook, exploit user data to show advertisements and generate money. If you’re concerned about sensitive information being leaked through video chat applications, The Wire is for you. Wire adheres to rigorous EU privacy regulations. When you combine this with the fact that it is open source and fully free, you have a secure method of making video calls from Android to iOS.

There are different themes you can use to make the app your own. You can also draw during a video conference, which is a fun feature. This, in turn, makes the whole process more fun. The video chat software also offers encryption, the ability to talk with people on different platforms, and group chats.

The video chat app lets users make group video calls with up to 9 people at once. There are also a lot of other great features, like animated stickers and your own photostream. You can use the second choice to share the times that mean the most to you. Not only that, but features like “People Nearby,” “Shake,” and “Friend Radar” help users meet and become friends with new people. The software for video chat can be used in 20 different languages.

Unknown Numbers Calling To Your Android: How to Block Them